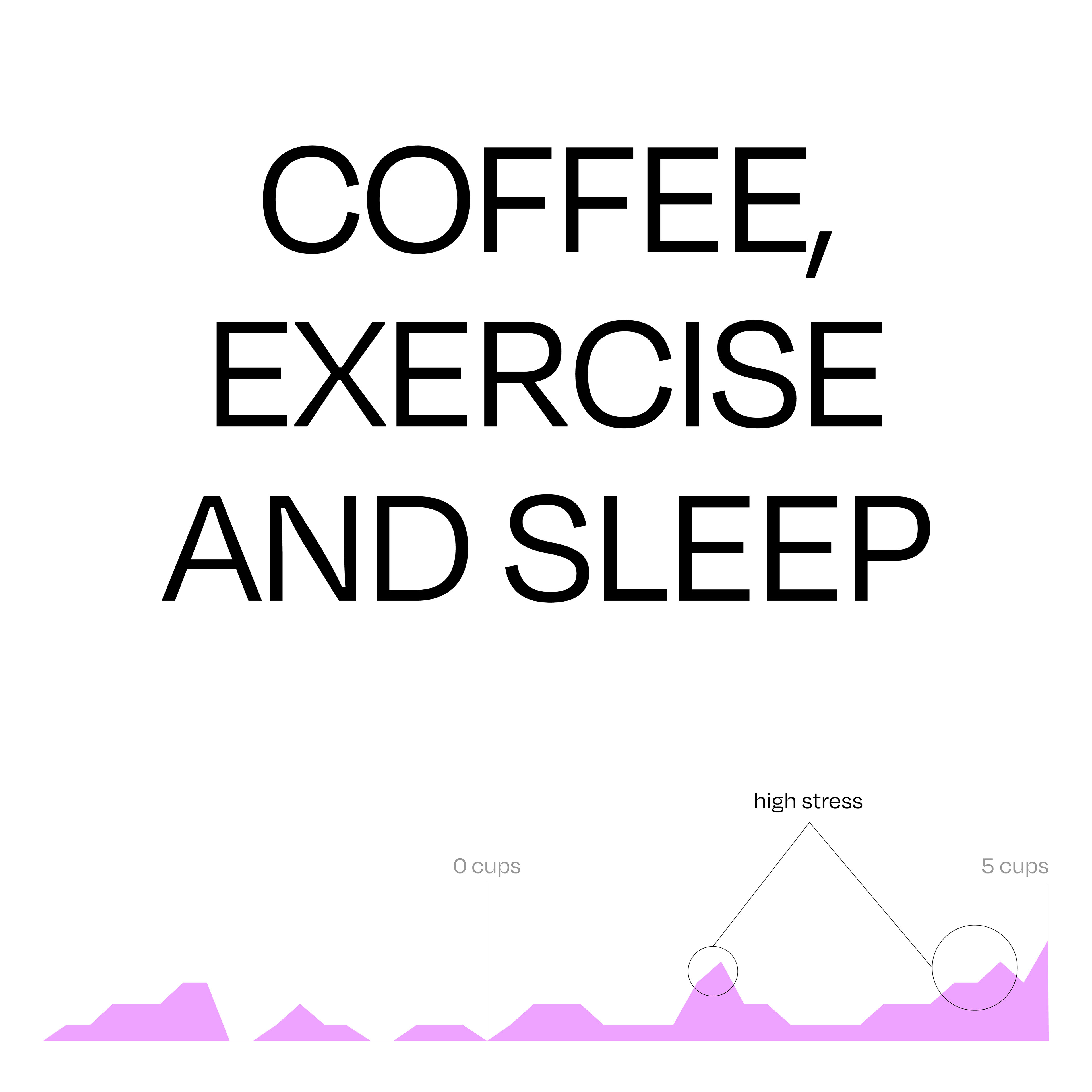 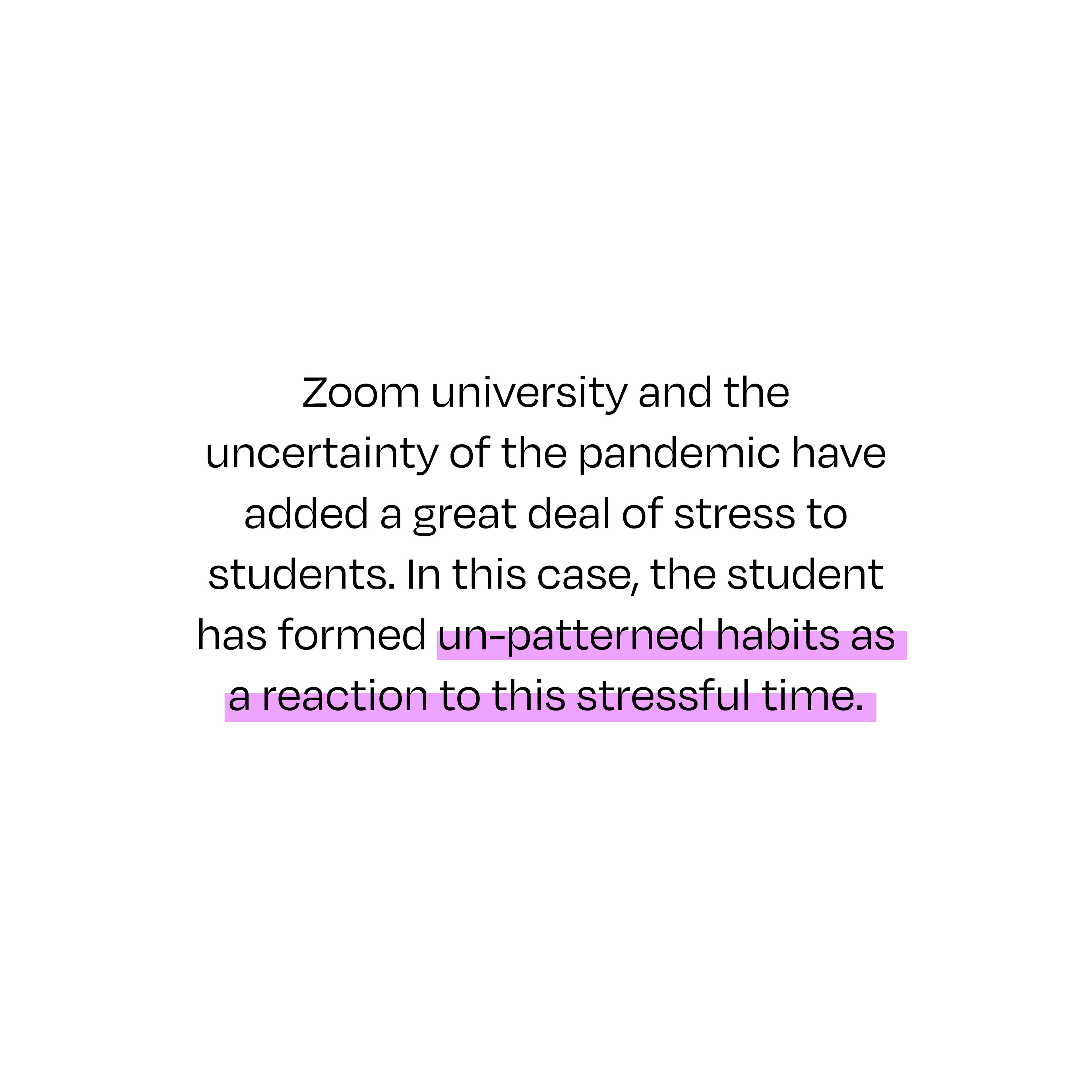 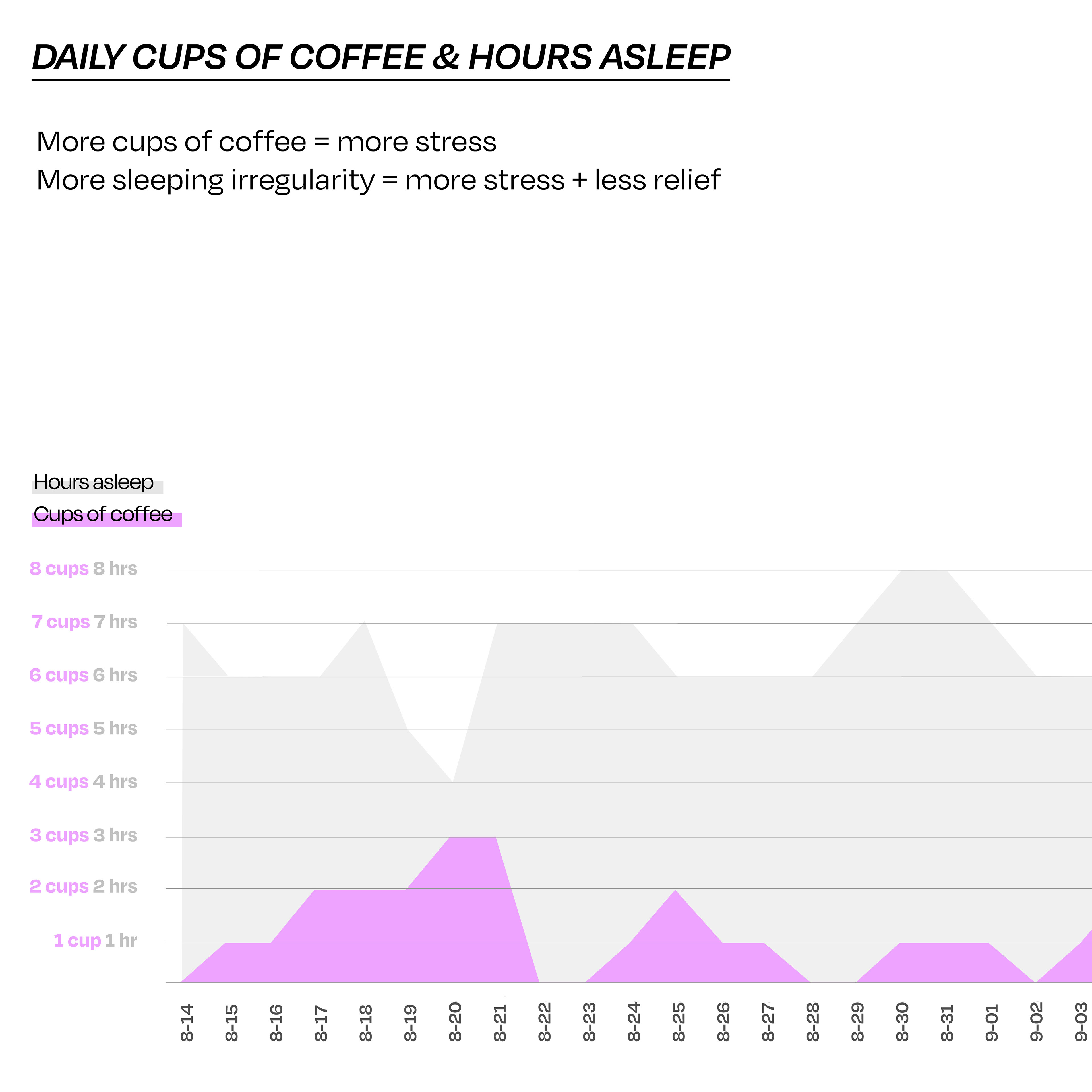 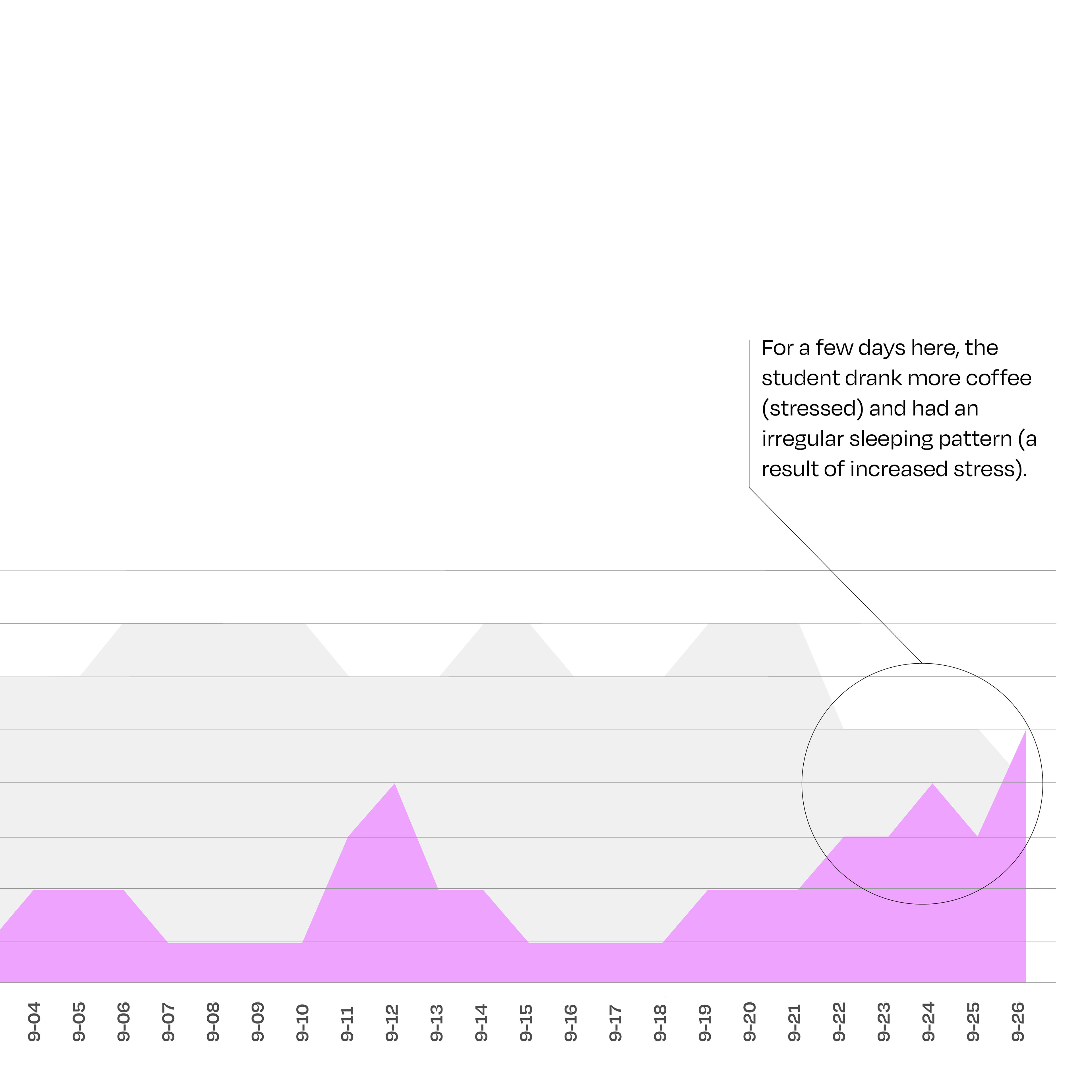 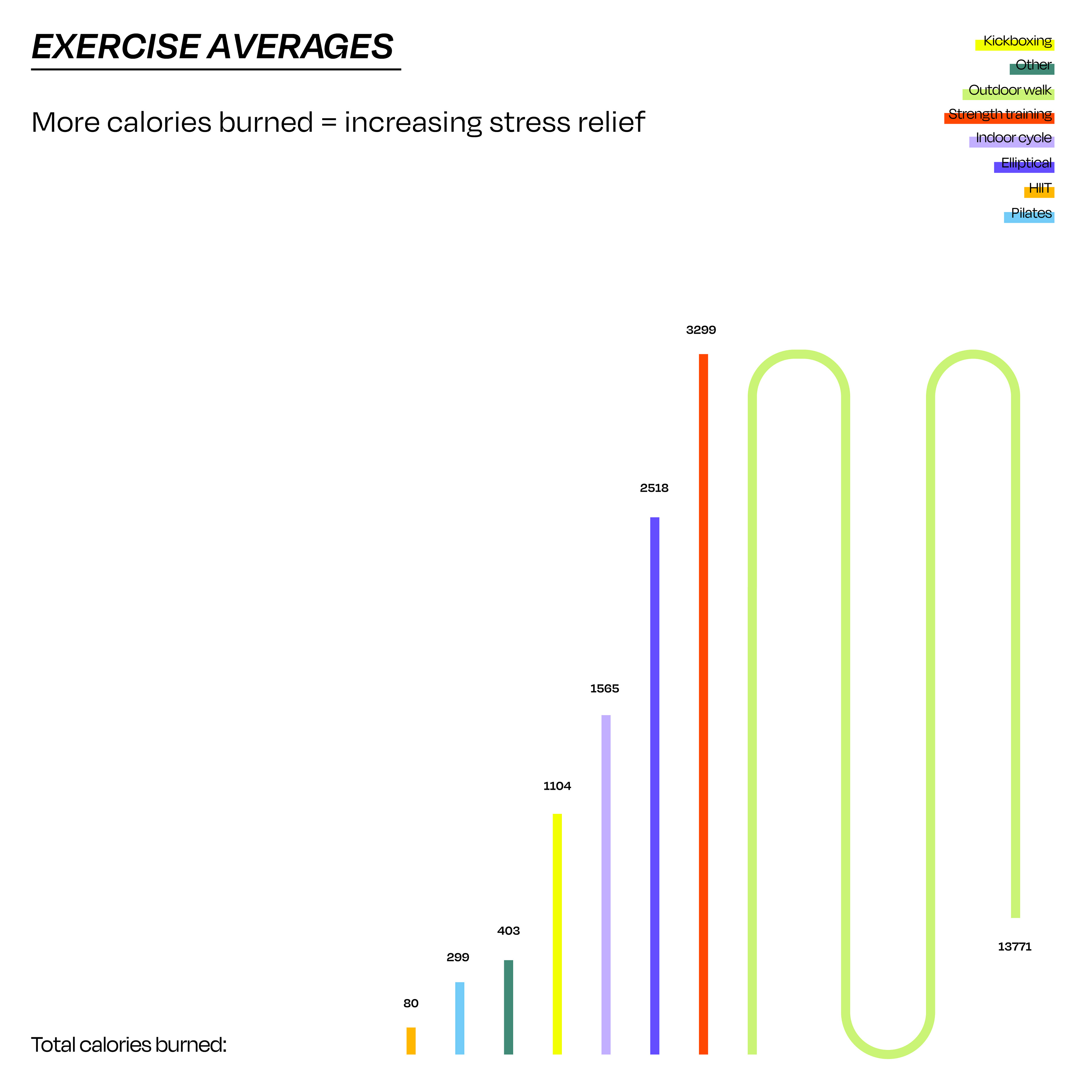 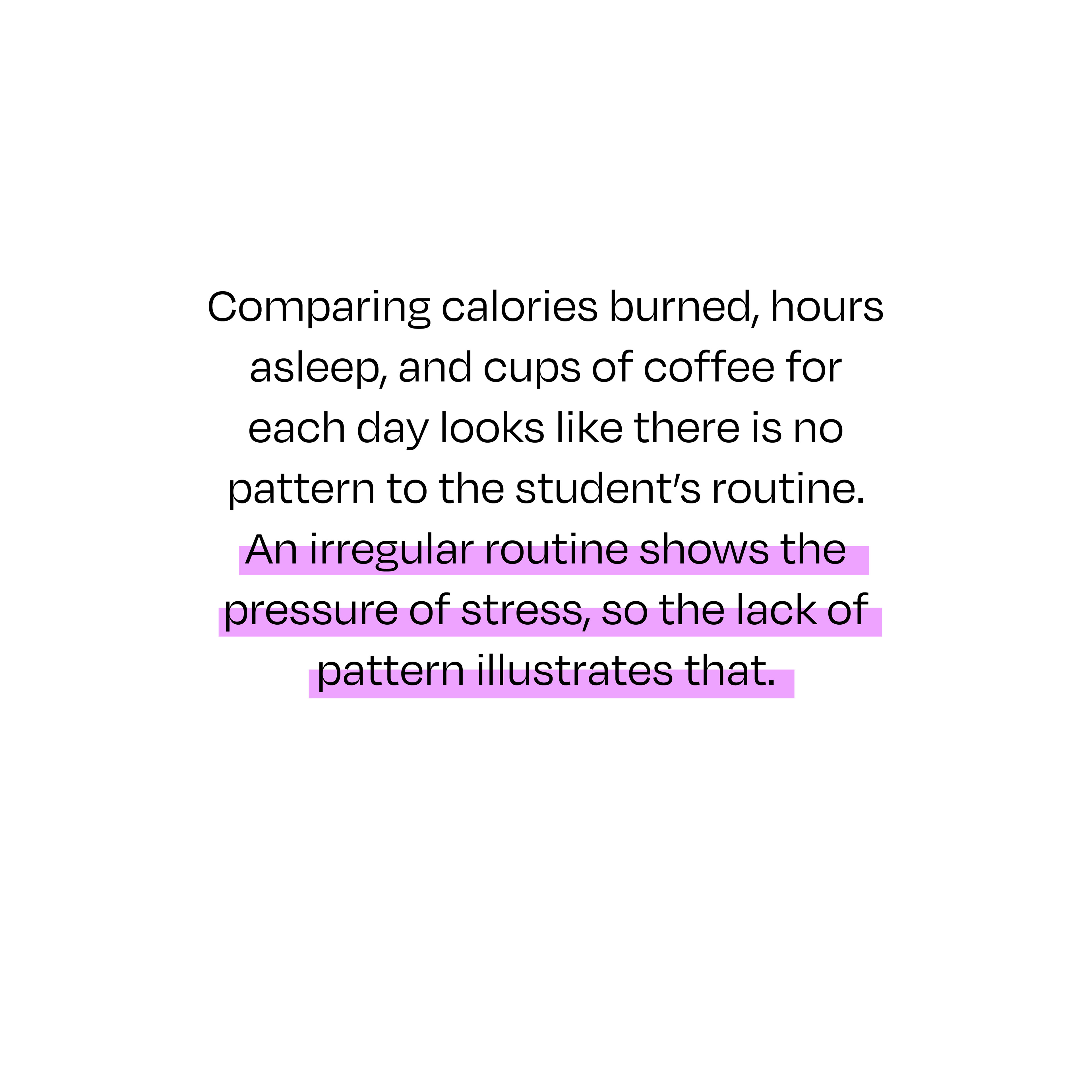 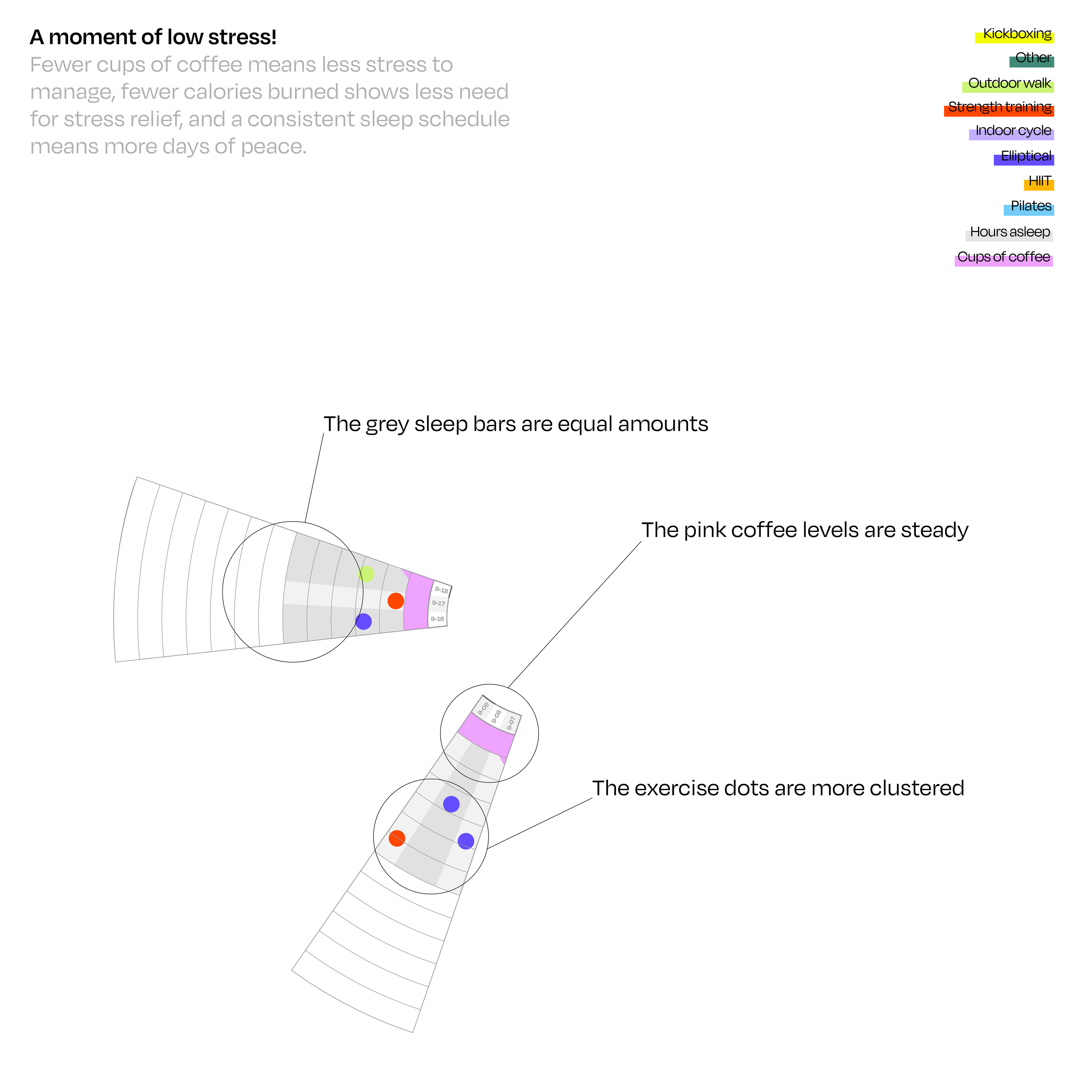 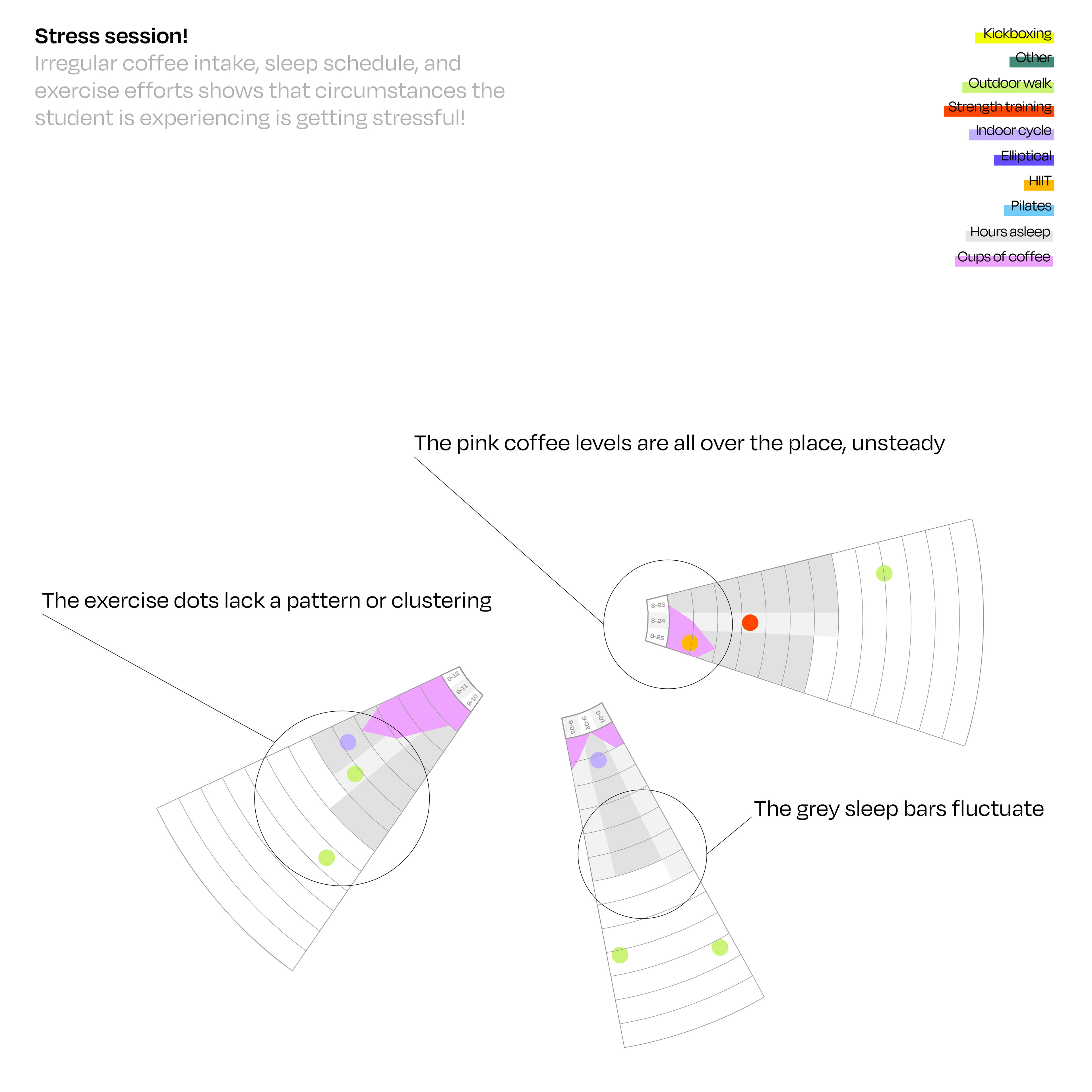 A Counter Argument:
In my argument, I make the claim that the irregularity amongst the data proves that the student is experiencing higher levels of stress. I claimed that more cups of coffee in a day indicated that the student experienced more stress as a result of zoom and the pandemic. However, I could also make a counter argument that the student just happens to love coffee, and the impact of stress doesn’t necessarily sway the student’s consumption levels. I mean, caffeine addiction is legit! Maybe a cup of coffee induces more serotonin because of their affinity for it. Days without coffee could indicate that they were feeling upset that day due to no serotonin boost from caffeine. My original argument is centered around the idea that certain levels of the data show certain levels of stress. My counter argument flips that idea on it’s head. I originally stated that more caffeine equals more stress, but now I counter that by saying more caffeine means a day with more serotonin, therefore, a happier day!
In my original argument, I made the claim that more calories burned was an indicator of a higher need to stress relieve. In another light, one could look at this data and make a counter argument based the other way around. Perhaps, a day with more calories burned indicates that it was a good day, and the student express that by doing a favorite activity: exercising. Perhaps a day that the student exercised more and burned more calories, was a day that they loved and need a way to physically express how good the day was! Looking at the third data set, hours spent asleep, we can turn around the original argument as well. I first claimed that an irregular sleeping pattern over a few days indicated that the student experienced more stress and less relief. However, looking at the hours asleep in a new light, one could claim that on days with less sleep, the student experienced less stress and didn’t need to cope as much by sleeping more. People often use sleep as a coping mechanism for stress, so it makes sense to say that less sleep meant a day with less stress, and days with more sleep meant days with more stress. To summarize, let me paint these concepts in a clear opposition. The original argument compared hours asleep, calories burned, and cups of coffee drank, and it examined the irregularity in the pattern between these 3 data sets. ​​​​​​​
Overall, the original argument claims that more irregularity in routine means more stress—as well as less irregularity shows less stress. In my counter argument, I claim that the irregularity shows us that the student experienced a good day, and had the freedom to express that. More coffee for the coffee lover meant a better day! Less time spent asleep meant more time awake enjoying their day! And, more time exercising and more calories burned meant more time spent doing an enjoyable activity! In summary, I take an argument centered on stress, and flip it to see how the data can actual paint a picture of a day full of joy.